India is a Sovereign, Secular, Democratic Republic with a Parliamentary system of Government. It is made up of a number of states. The President of India is the the constitutional head of the Executive of the country. Each state has a  Governor, who represents the President, and is the head of state Executive.

The Central government is an elected body consisting of the upper and the lower houses. The governance in the states is similar to that of the center. India consists of 28 states and 7 Union territories. The President administers the Union Territories through an administrator appointed by the President.

Here is a list of all the states in India

MAP of India, showing the states, capitals and Union Territories 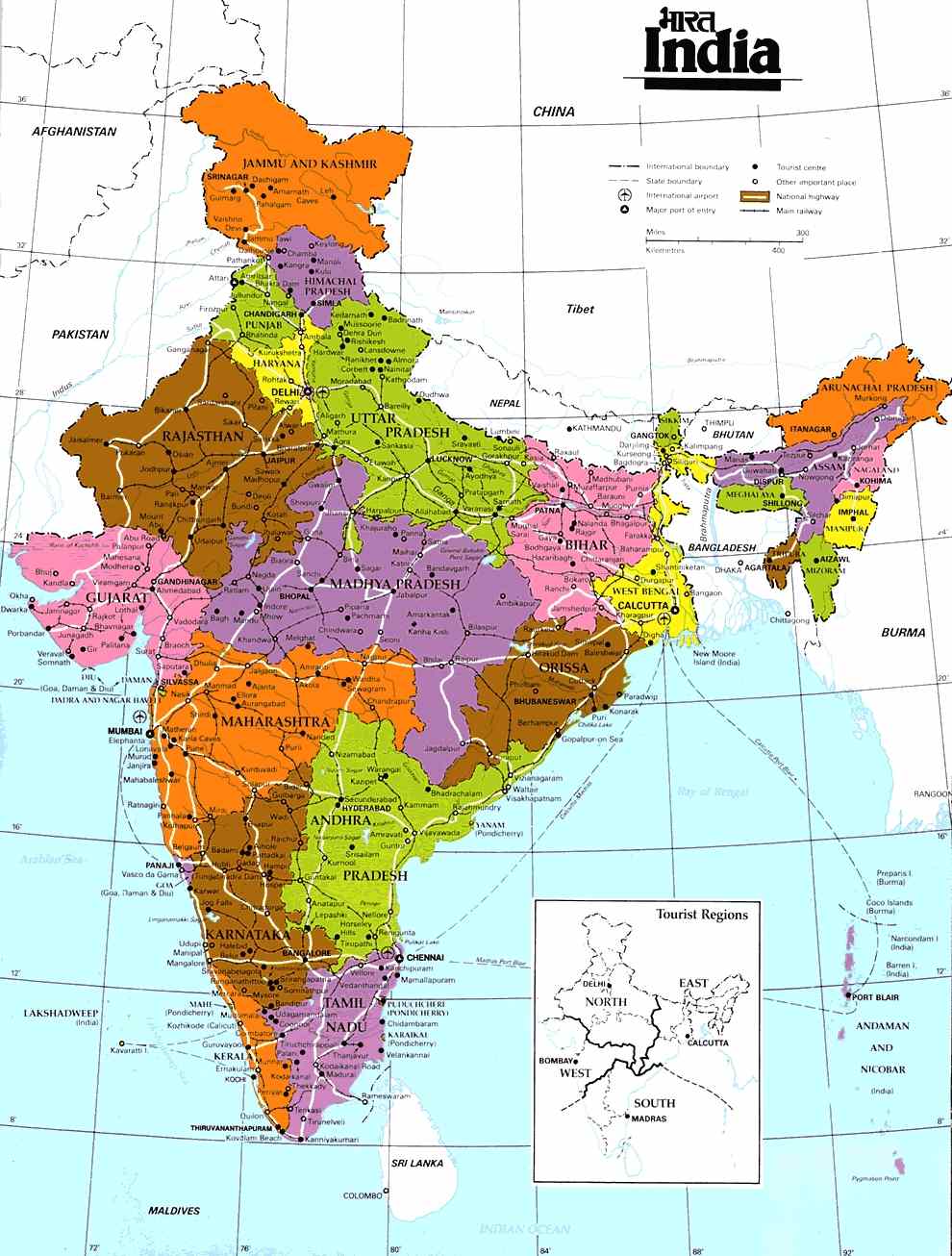